At The Heart Of Chiropractic 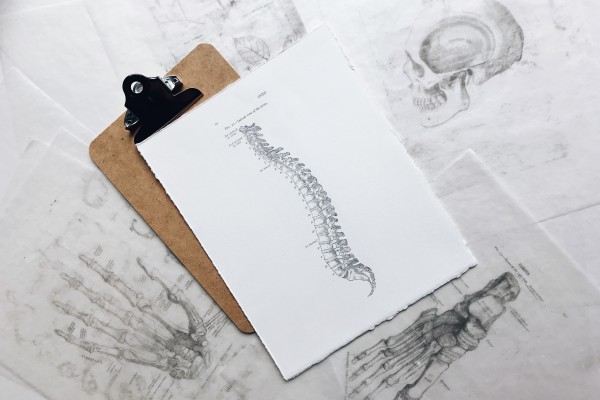 Studying chiropractic is definitely an amazing experience and a challenge. Being in summer school last week, after a few months of just getting our hands prepared for the moves, we finally did our first adjustments. Whoop, whoop! However it is not what I am going to write about this week. Preparing for an assignment in philosophy I have spent time looking into the history of chiropractic. Most people, when thinking about chiropractic, automatically think about ‘cracking neck’ or back and just an adjustment on the spine. Chiropractic is commonly known for spinal and joint manipulation. But there is so much more to it and there are various chiropractors leaning towards a more biomechanical approach or vitalistic chiropractic and that has been the case from early days of chiropractic.

Interestingly , D.D. Palmer, whose first adjustment officially started the history of chiropractic, believed that the body has an Innate Intelligence, a life force that allows healing once subluxation is removed. D. D. Palmer performed the first adjustment in September 1895 on Harvey Lillard and successfully restored his hearing. This also answered his big question. He wanted to know how it was possible that one person got ill and another, doing the same job, ‘working in the same shop at the same bench was not’. He concluded that finding and removing subluxation would allow for healing to take place. Palmer advertised chiropractic as a cure for various problems from deafness to pains and heart problems. His belief in Innate Intelligence which he linked to ‘Universal Intelligence’ came to be called Vitalism and was very important to Palmer, the Father of Chiropractic. He wrote:

Chiropractic science includes biology- the science of life- in this world, and the recognition of spiritual existence in the next…Displacement of any part of the skeletal frame may press against nerves, which are the channels of communication, intensifying or decreasing their carrying capacity, creating either too much or not enough functioning, and aberration known as disease...

(cited in The Essentials of McTimoney Chiropractic, Andrews and Courtenay, 1999)It has been a long journey for chiropractic to first of all be accepted by the medical world and gain the prestige it has today. There has been a lot of research done that shows the influence it has on improving functioning of the whole body and improving people’s quality of life. There are also many schools of chiropractic on both ends of the spectrum- from biomechanical approach to more vitalistic. The important thing to remember is that allopathic (drug-based medicine) is based on the premise that disease can be suppressed, while complementary therapies, osteopathy, chiropractic are mainly based on encouraging the body's own powers to heal.

There have been many books written and many case studies described that prove the power our mind and body has to heal. There is one by Donald M. Epstein called ‘ Healing Myths, Healing Magic: Breaking the Spell of Old Illusions; Reclaiming Our Power to Heal’ that you can find in our clinic waiting area that talks about many healing myths that are out there and presents in straightforward way the amazing and simple ways how body heals itself.

So next time you come to see us, and would like to learn more about not only how the muscles and joints work in your body but also how much your mind can influence your healing, ask and we will be able to recommend some interesting reads about it.