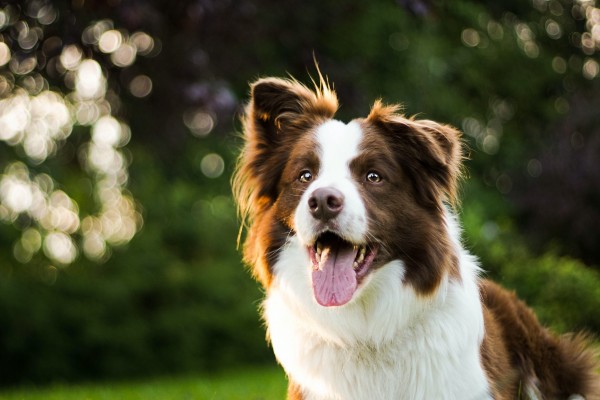 What does Margo the Red Border Collie and a neuroplastic approach to healthcare have in common? I’m so glad you asked. But on a serious note, neuroplasticity, the model of healthcare based upon the brain's ability to adapt specifically to the load placed upon it, is everywhere. It’s no longer a phrase a group of 3 practices in Staffordshire use on their own, whether it's stated as bluntly as neuroplasticity or is simply explained as the brain's ability to change, finally the message is beginning to spread.

While watching “ The Dog House”  on Channel 4, where i constantly have to fight the battle of not adopting a new puppy very week, i saw a segment on Margo a red Border Collie. Margo was not being stimulated enough by her owner and due to the high levels of activity the bread needs, started to shadow chase. As the show explained, shadow chasing is a common trait amongst collies, but one they need training out of. This concept of “being trained out of it” alone is neuroplasticity.

But I was more interested in the assessment the vet did to determine whether there was a neurology issue within Margo’s brain and therefore required medical intervention, or whether she had all her chairs under the table and simply needed training.

What the vet then proceeded to do what can only be described as a “doggy vitality score”. A series of tests looking at Margo’s primitive reflexes and coordination to assess the function of her nervous system. ( Mind blown)

Unfortunately, my girlfriend did not share in my excitement, as she saw a vet shining light into a dog's eye and continually picking up Margo’s back legs and letting go of them. But my excitement was palpable, because occasionally new clients don’t perceive the significance of our vitality score (A series of tests examining multiple areas and functions of the nervous system). And to see a vet performing a dog version of almost exactly the same protocol we use was staggering.

It’s also no coincidence that a baby's APGAR Score ( series of tests performed at 1 minute, 5 minutes and 10 minutes post birth) are again based on the same neurological functions.

What I'm trying to drum home here is, our adult vitality score is based on the same systems as an APGAR which has been widely accepted and tested on every baby since 1952!!, and Red Border Collies with cognitive hyperactivity. Why because the nervous system (brain) is the most important organ in any system.

No matter how good a baby’s, dogs, adults or anything's body is, the first port of call for any assessment should start at the nervous system.