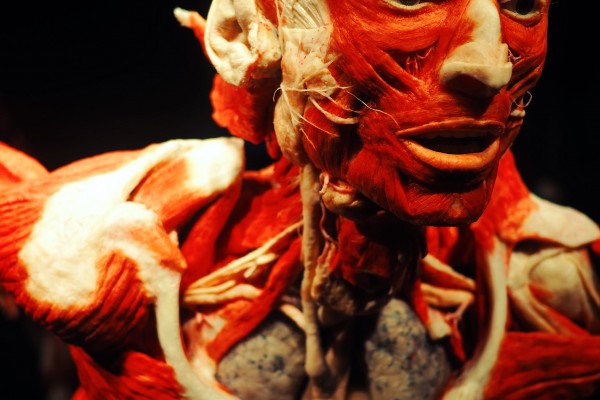 Muscles are dumb, this isn't to say they have no purpose as without them we wouldn't be able to move but it's important to understand what muscles can do and more importantly what they can't do in order for them to complete such a crucial role.

Muscles are rows of stretchy elastic tissue connected to bone via thick tendons, they are what allow us to move acting like large pulley systems throughout the body. The reason muscles are elastic is so they can get shorter or get longer, the reason they need to do both is because they typically work in pairs. Think like the biceps and triceps (muscles in the front and back of the upper arm) as the biceps get shorter, bending the elbow and bringing the hand towards your shoulder, the tricep needs to get longer and stretch. If the tricep couldn't stretch no matter how hard the bicep tried it wouldn't be to bend the elbow, which is why it's so important muscles can do both.

But why are they stupid, they seem pretty clever if they know how to do both?

Despite doing a very complicated and vital role muscles can't do it alone, in fact they can't do it at all unless they are commanded to, by a higher power. That higher power being the Nervous System, commonly referred to as the Brain, it tells every single muscle to contract and lengthen, not only that but it even tells hundreds if not thousands of muscles to contract or lengthen simultaneously in order to do a simple task such as sitting up out of bed.

Complicating that further with activities like walking, lifting or running even, we can see the tremendous amount of work required by the nervous system. If the Nervous System (brain) fails to send the correct instruction to 1 single muscle, we, the human will notice it. This may be a weak muscle, this could be a “tight hamstring” not being told to lengthen enough or it could be cramp, the strong spasmodic contraction of a muscle.

All of the above; muscle weakness, “tight muscles” and cramp are all examples of Nervous System based problems that appear to be muscular, and no amount of stretching, yoga or massage will improve these “muscular problems” until the Nervous System is first corrected.

Only then onces the Nervous System is corrected and working optimally can stretching, yoga, myofascial massage and alike be any benefit.