What Exactly Is HRT? 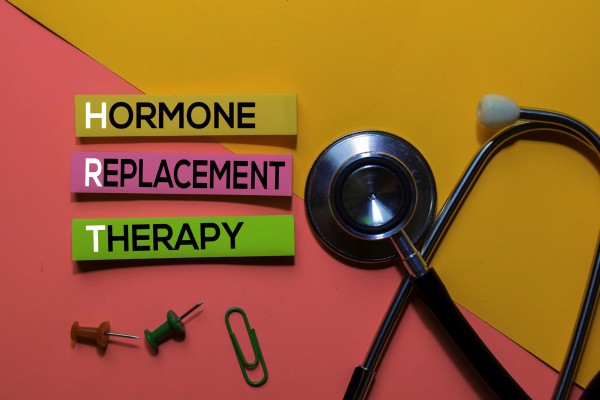 HRT stands for Hormone Replacement Therapy, and is most commonly used for females that are expereincing menopause or perimenopause symptoms.

In 2002, the Women's Health Initiative (WHI)  published a report stating that the risk of HRT use outweighed the benefits, with increased risk of breast cancer and cardiovascular disease for those taking it.

But was it true?

Technically yes, BUT the way it was portrayed in the media caused a lot of unnecessary panic, that is still impacting women today. The study was only looking at combined HRT (estrogen and progesterone), but panic caused by the media caused the number of women taking HRT to drop from 2 million to less than 1 million between 2002-2007.

Since the study in 2002, the WHI has published numerous other reports. The next was in 2004, looking at the use of estrogen-only HRT, showing beneficial effects on breast cancer and heart disease, but a small increased risk of stroke. More studies between 2004-2007 showed additioanl benefits of HRT, particularly for those aged 50-59, or those starting within 10 years of menopause beginning. Studies in 2012 showed reduced heart disease and mortality from combined HRT, and no increased risk of blood clots from transdermal estrogen HRT.

This might just seem like lots of dates and numbers, but the results are clear. HRT is safe and effective, you just need to make sure you’re taking the right style for you.

Improvements in HRT therapies means that there's now so many different styles available. Tablets, gels, pessaries, creams, skin patches are just some of the methods available for taking HRT. There's also different options depending on your whether you’re perimenopausal or menopausal.

The thing to take from this blog is that HRT is safe and effective for the majority of women going through menopause. Speak to your GP about what option would be best for you, and don't be afraid to get a second opinion if they’re not willing to offer it to you. If it doesn't feel right for you, try a different method as it's not a one size fits all.

If you’re already on HRT and want to find more ways to improve your health, or if you want to see what else you can do before trying HRT, get yourself booked in with one of the team, and we’ll help you start your journey to better health!