Your Brain Is The Matrix 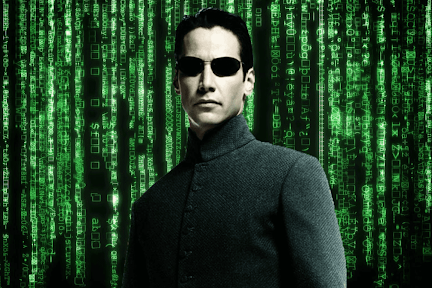 “What is real? How do you define ‘real’? If you’re talking about what you can feel, what you can smell, what you can taste and see, then ‘real’ is simply electrical signals interpreted by your brain.” -Morpheus

If you have seen the movie The Matrix you will remember Thomas Anderson, a computer programmer who maintains a double life as the hacker Neo. He is intrigued by the cryptic references to the Matrix that appear on his computer. He eventually meets up with the infamous hacker Trinity who informs him that a man named Morpheus can tell him what the Matrix is. And in the end Neo meets up with Morpheus and confirms that he wants to learn more about the Matrix by choosing an offered red pill. After swallowing the pill, Neo abruptly awakens in a liquid-filled vessel, with his body pierced with cables that connect him, along with billions of other people, to an elaborate electrical network.  Morpheus then goes on to explain to Neo that he has lived in this simulated world since birth.

How does the ‘Matrix’ concept relate to us here and now?

Our brain creates our own virtual reality or ‘matrix’ via our five senses. Through these five senses our brain computes environmental information and integrates this with its own wishes and desires. It then carries out a whole lot of background processing that we are generally unaware of, and creates for us a virtual reality in our minds about what is going on in our own bodies and the world around us.

Scientists have learnt that when the nervous system is subjected to unaccustomed or new inputs, changes occur in the way the system processes all subsequent inputs. Research has shown that brain adaptations partially serve as an explanation for how people can recover function after damage to the nervous system, such as the damage that occurs with strokes.

Over the past ten years several research groups have demonstrated that spinal adjustments can change various aspects of nervous system function, including muscle reflexes, reaction time, and the speed at which the brain processes information.

The brain has to integrate or merge all the sensory information it gets from the five senses, and from this it creates a virtual reality of what is going on in and around you

Ready to change your reality ?

Book in now for a free discovery visit with our team !